5822 Bathurst Street, Toronto (On the west side of Bathurst, north of Finch)

From rented quarters on Richmond Street in 1883, to 20 years at the corner of University Avenue and Elm Street and 50 years on University south of Dundas Street, Goel Tzedec was a leading congregation in the city of Toronto. Founded as an Orthodox congregation on the principles and observances of traditional Judaism, in 1925 Goel Tzedec officially enrolled in the Conservative Synagogue movement.  Entering the new age, the congregation introduced family pews, adopted a revised Siddur (prayer book), added English prayers to the service and invited girls coming of age to celebrate a Bat Mitzvah.

Beth Hamidrash Hagadol, popularly known and more commonly called the McCaul Street Synagogue, began four years after Goel Tzedec was born, in a small but bright room above a blacksmith's shop at the corner of Richmond and York Streets. By 1904, the congregation first moved into and then renovated the former McCaul Street Methodist Church, converting it to a magnificent House of Prayer. With a new home came a new name: Beth Hamidrash Hagadol Chevra T'hilim (The Great House of Prayer of the Congregation of Psalms).

Together, the two congregations melded to birth Beth Tzedec Congregation with a mission “to build an affirmative Judaism, to bring the miracle of the Bible into our daily lives, to plant love of our tradition in our hearts, to inspire respect for religious life in our community and promote a religious fellowship among all its citizens.”

“A view of the past, a vision for the future,” Beth Tzedec is here for you. 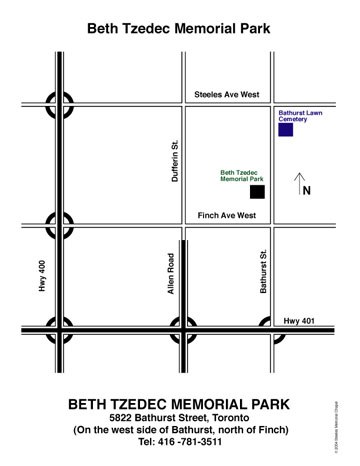