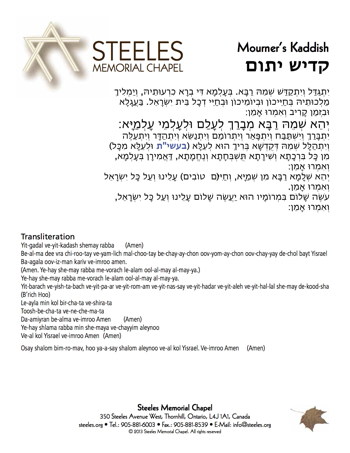 Kaddish Yatom (Mourner’s Kaddish) is a prayer in Aramaic in which the hope is expressed that God’s great name will be sanctified in the whole world He has created and the Kingdom of Heaven be established on earth.

As a general rule, Mouner’s Kaddish is recited for 11 months for a parent, and less time for other family members. There are many customs depending on the mourner’s community and clergy should be consulted with any questions.